Posted by Jessica Grant on August 19, 2013
Yay! Finally got something done to post about. My old board that I use to paint and construct my miniatures on started life as a sort of temporary coffee table/display stand that was made to sit on top of a keyboard (musical, computer) stand. (click on pics to enlarge) 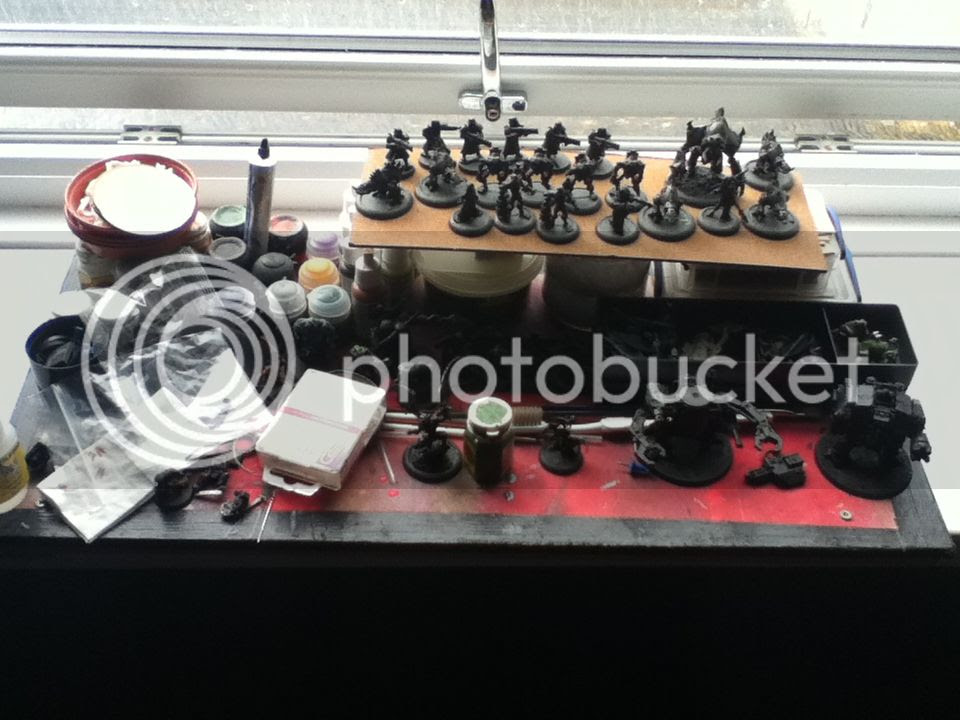 It gets a bit crowded and messy and I wanted something specifically for the task of making and painting things, with a neutral colouring as opposed to the bright pink and silver and black splodges that are on the board above.

My friends Micki and Jonah (his blog over @ meanderingshade) have had the GW paintstations for a few years, I liked the idea of them but found them not wide enough for my liking and too deep (dimensionally, not philosophically) but I liked the idea of a shelf, perhaps higher off the base to have more room for things to go under, without the silly (in my opinion) brush stand and water pot holes.

So a fair number of years the above board has suited me, but to get something more appropriate to the task and that would perhaps feel neater to work at, that I could still just put away on a shelf when finished with I set to making my own! 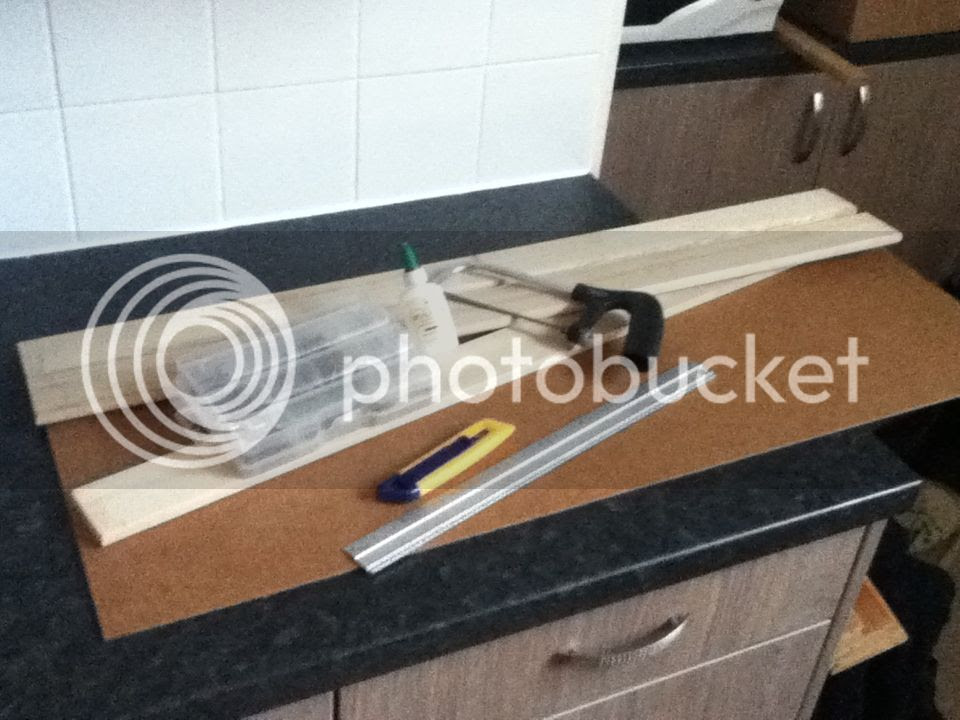 Main issue I've had in this project, is the inability to locate my tape measures... or my tape for measuring fabric... so (in truly oldschool fashion) I used a piece of string to measure the lengths of certain things, such as the base, which is pretty much the same dimension as my old one.

I did mess this up as I was going on with it, but have managed to bodge it together fairly well thankfully... such as evidenced below, marking out the frame for the board to be screwed and glued to. 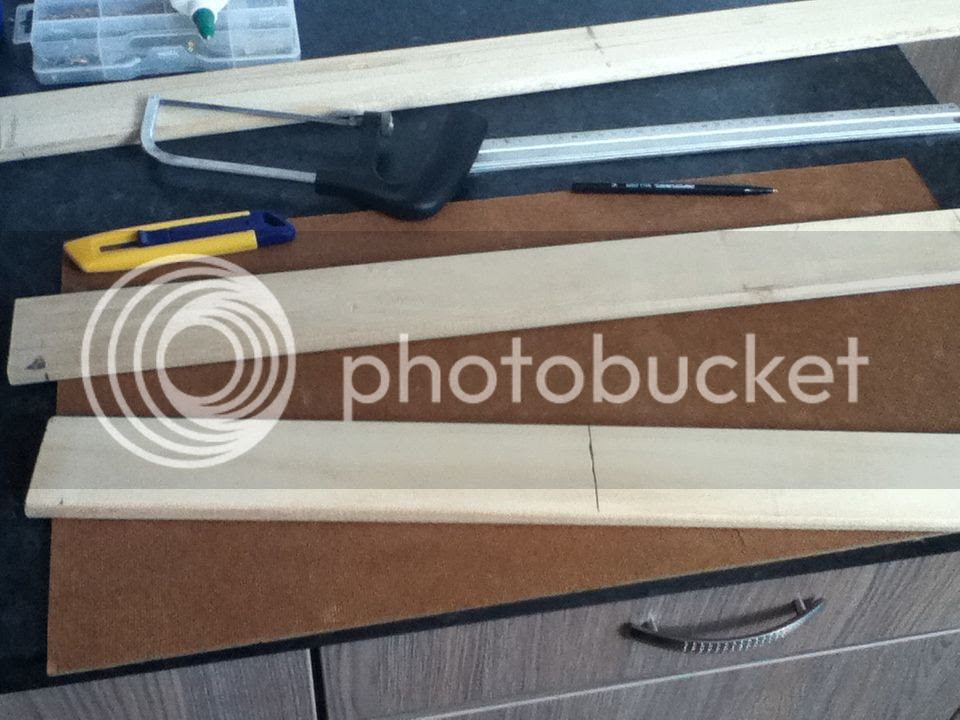 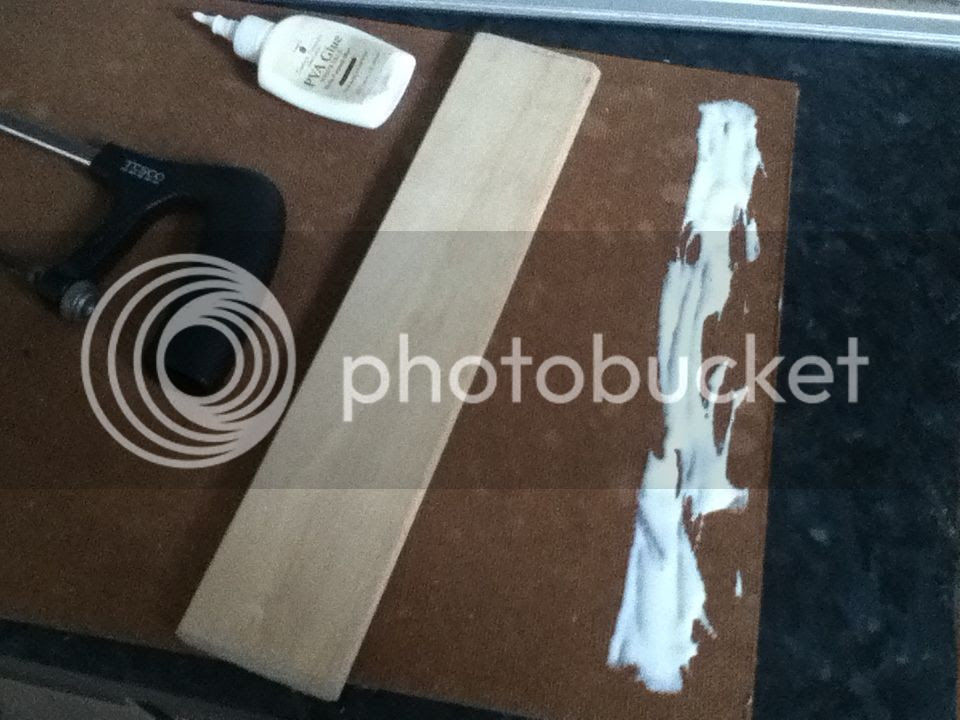 As you can see, I cut and glued the short length pieces first, when I should have done the longer width pieces, that were meant to be the main supports... oops... 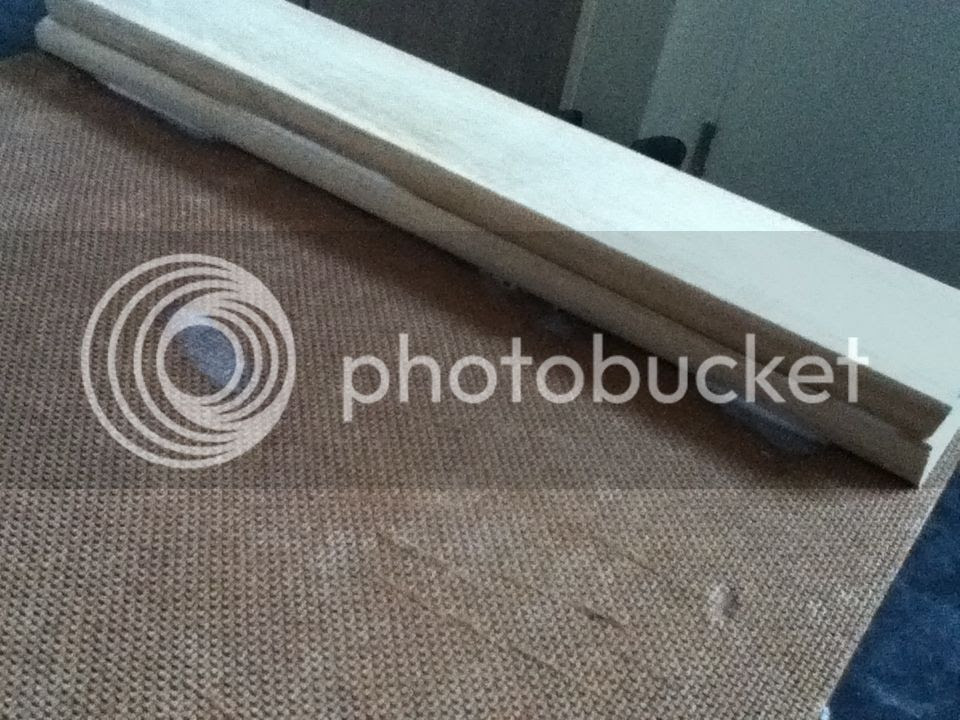 Also... Due to the wood being these thin slats from an old bed I had to double them up as the screws were too long for a single piece. 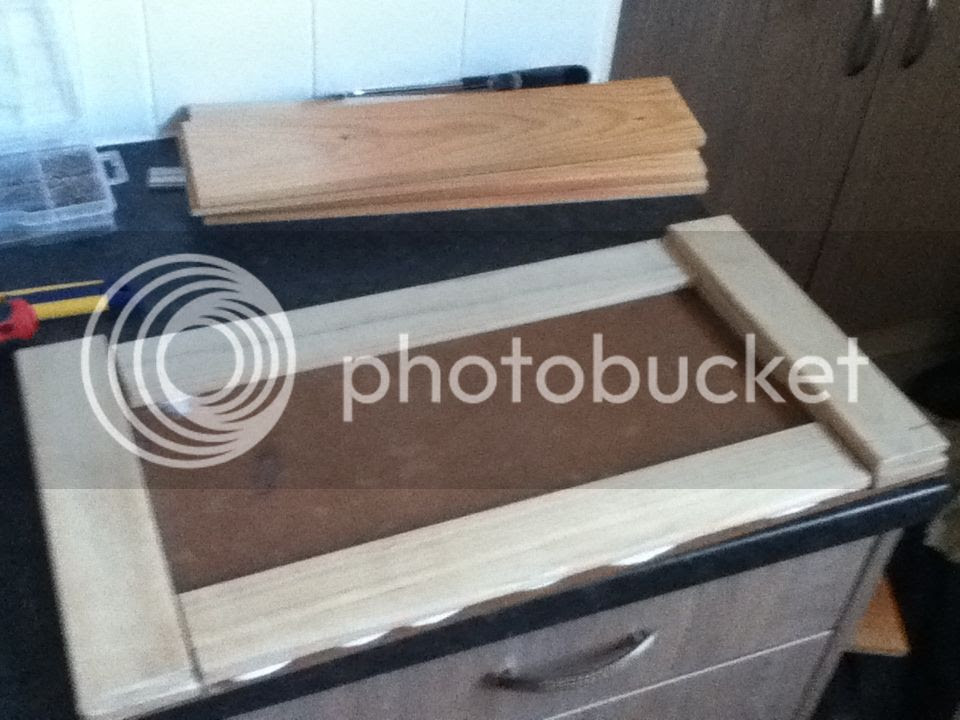 When I picked this up whilst drying, the board bent so much the middle sections popped off.
They should have run the full length of the base, but as I said, I got the order wrong, only realising at this point, which is why I added the feet to it later, to help give it back some structural strength and also give room for fingers to get under the board to aid in picking it up =) 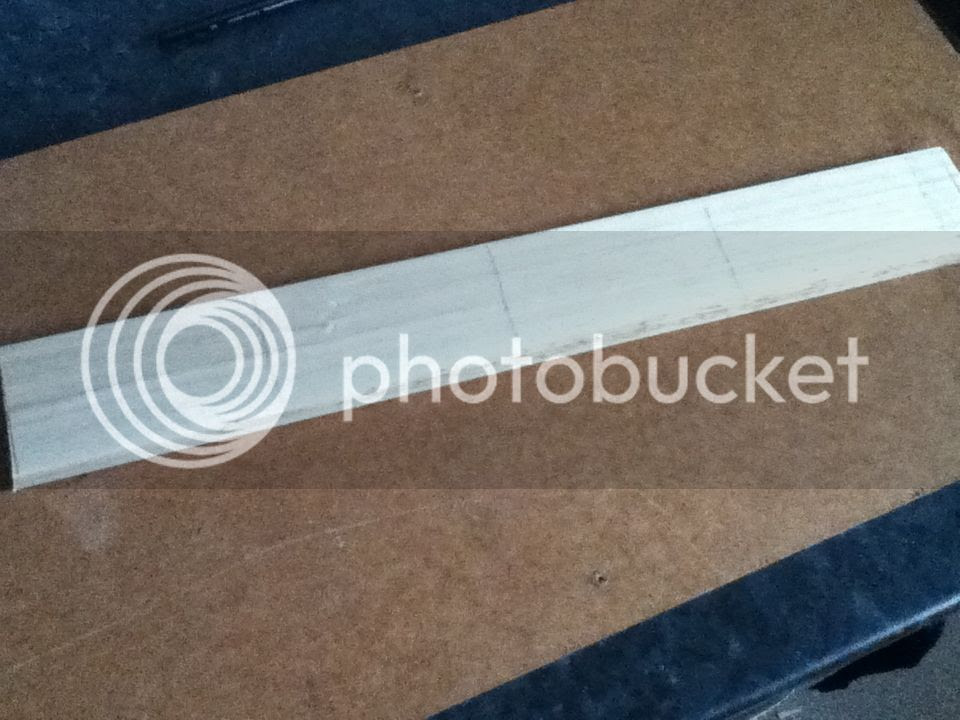 Marking out the feet. 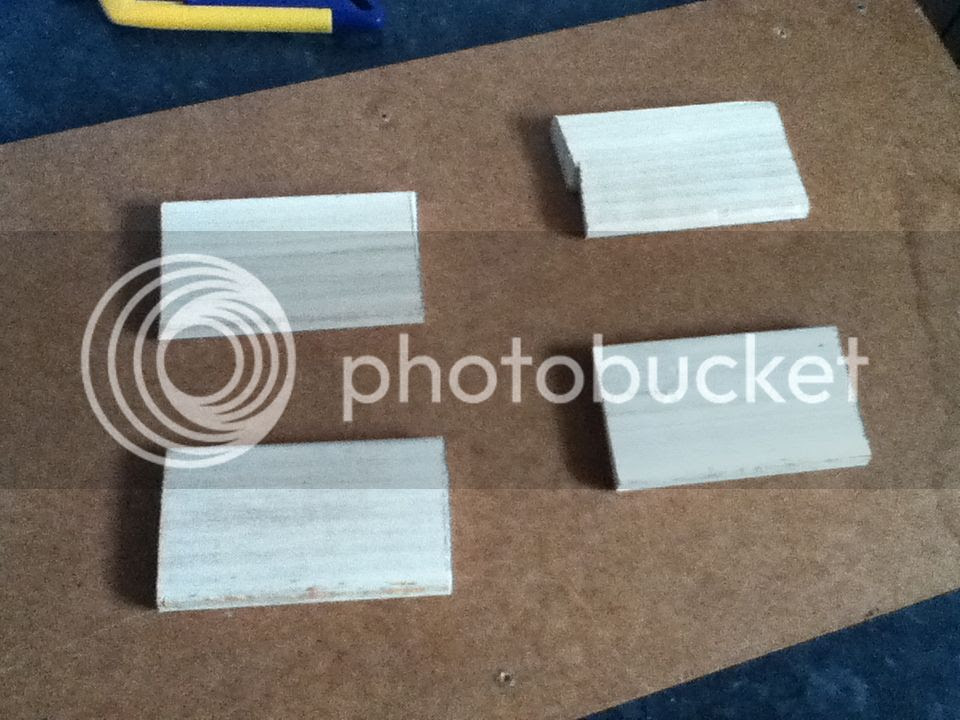 The one at back came out a 'little' rough... but it does the job!

Again I glued then screwed these in place, positioning them so they joined the gap and secured the structure of the board better, joining the side lengths of the frame to the width pieces. 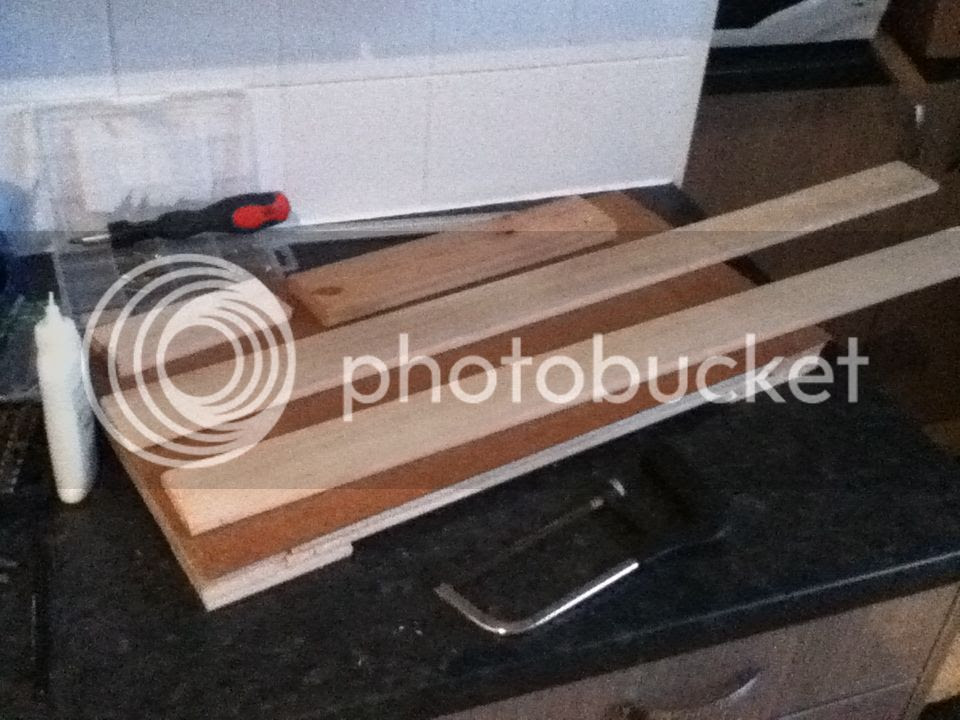 You can just see the feet here... unfortunately the shot that showed the feet better and didn't have the clutter on top was corrupted somehow, so I have to post this one. =(

Onto the shelf! It took me a week to remember to buy the brackets and some shorter screws, but finally I could complete the project. first getting the sides to the shelf positioned and screw holes marked out, then screwing bracket to each of the side pieces, before screwing them in position on the base board. 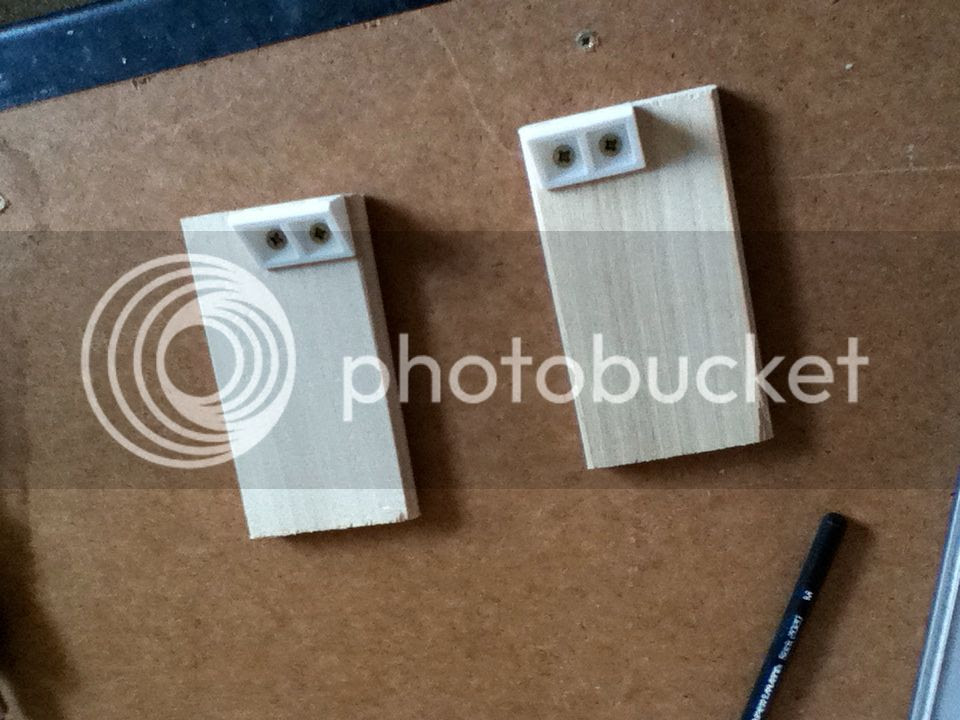 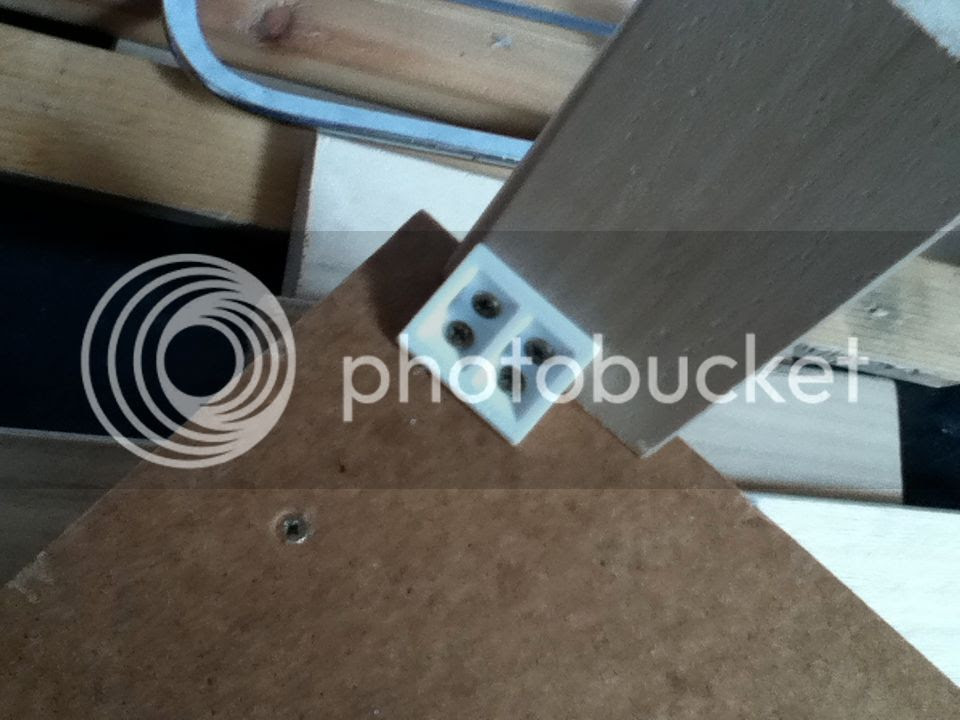 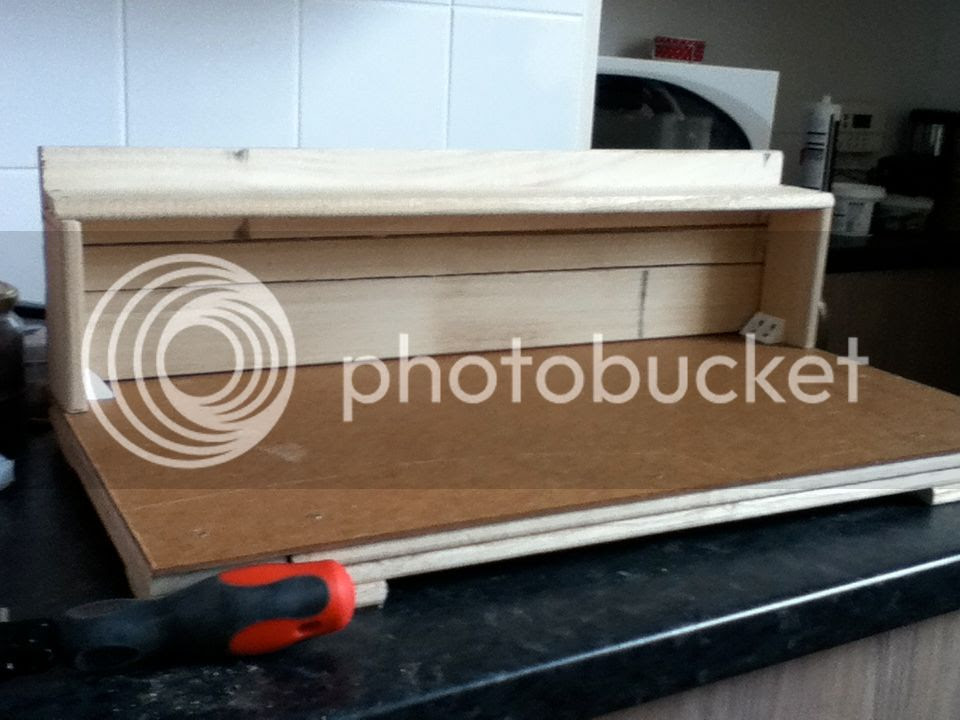 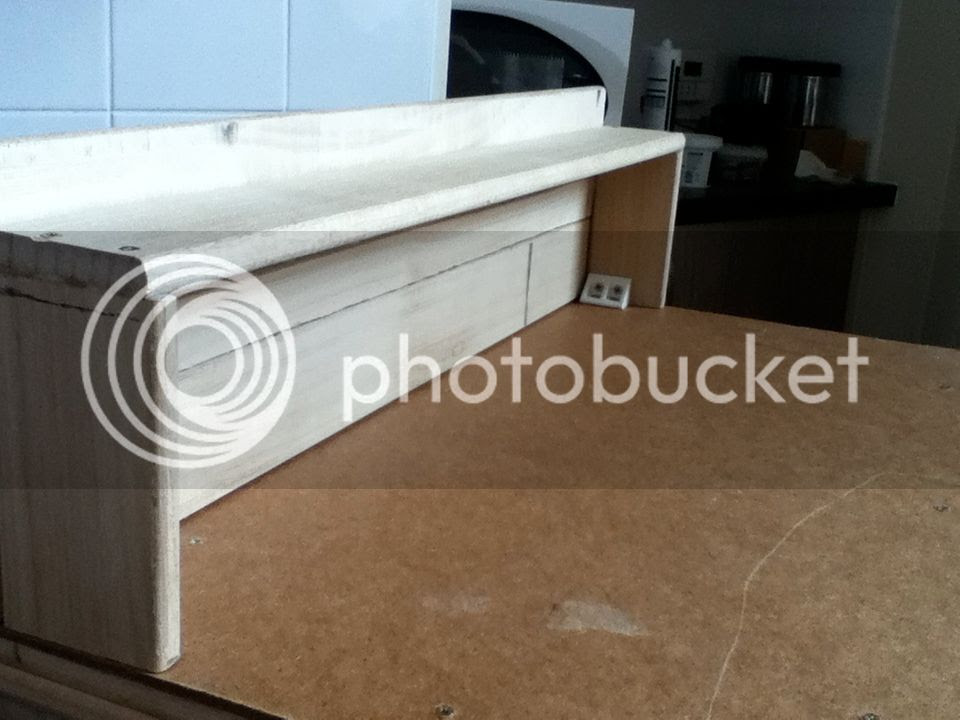 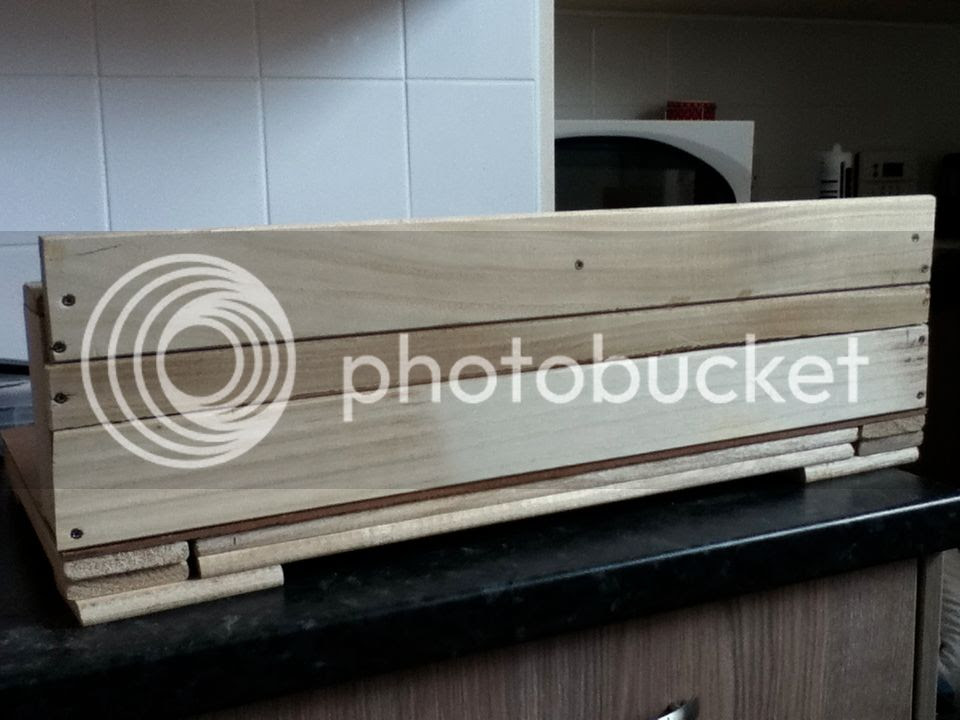 I did say it looked rough... but it'll hopefully serve me well =)

And heres how the funky mess looks populated with my soon to be better organised clutter. For a start I'm going to be putting the paints I don't need out back into their tub. 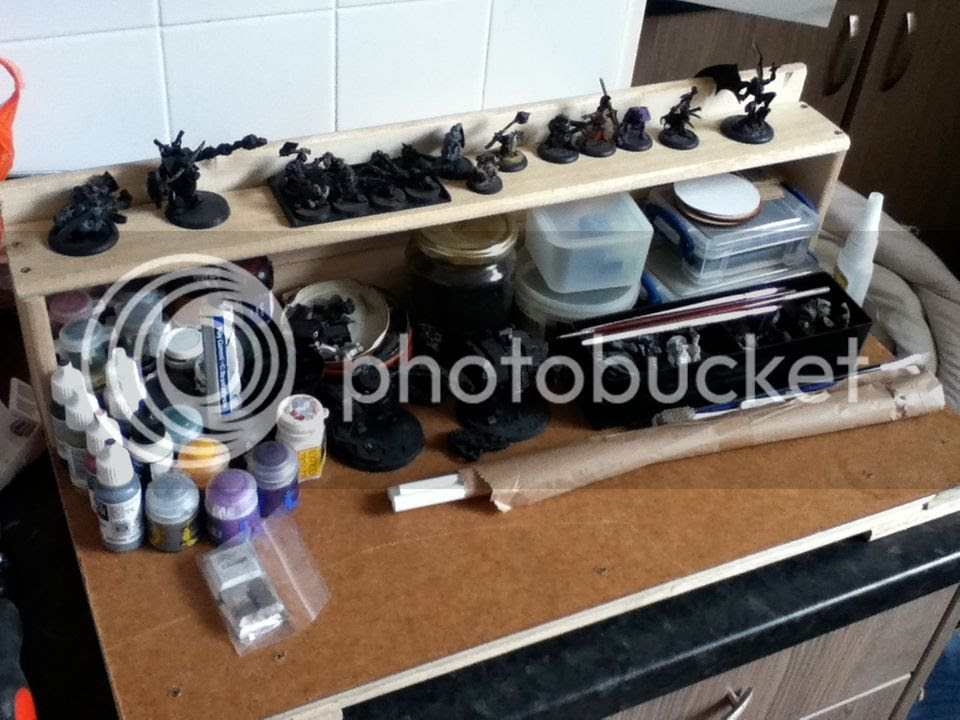 Hopefully be getting back on with things miniatures wise in the coming days, and this weekend if I get over to Micki and Jonah's early enough, be having some pre-roleplaying session warhammer, as we (us and our group) are meant to be starting up our escalation league again... Now to decide... chaos, chaos dwarves or empire? 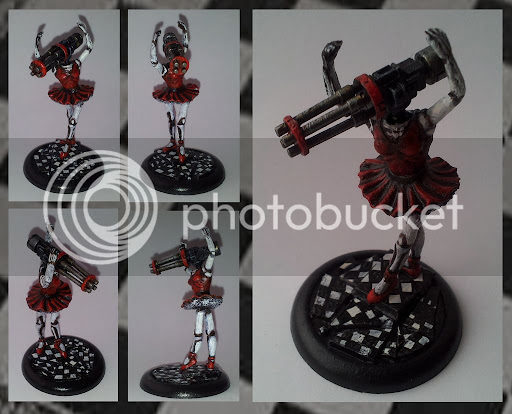 So, painted up and ready for pirouettes of doom and slaughter... somewhere...? not sure if it'll end up in a random warband, or just be used as visual material to describe a horrifying gonzo destruction monster in some roleplaying game or other... I present. The Dancer. Going to be interesting eventually coming up for a back story for this creature... (wherever its from, theres probably more of them...) And I'll end with a random shot for scale against a trollslayer, as it was the only reasonable mini I had to hand. (yep this thing is on a 40mm base)

It's a not great pic... (none of them are, but I felt a need to document it, will hope to get better pic taken soon.) but yay! (bad) tabletop standard painted Nurgle force! All year have been trying to get different projects complete but with shifting focus and bouts of complete motivational lack (health and stuff) have kinda struggled. I got the vast majority of my empire done (all but one unit of foot-troops and some warmachines in a 3000-ish point army) and got started on my eldar (finally) as well as a couple of warbands for a song of blades and heroes and a random necromunda gang, so not bad, I just could have done better. But yeah! I completed one thing over these past two days (admittedly to a shoddy tabletop standard) my Nurgle army! these miniatures are a combination of minis a friend (Jonah/Stygianheart @ http://meanderingshade.blogspot.co.uk/ ) gave me, as he'd converted them up possibly five or more years ago and only dry brushed upto white